Can standing in line for the can... 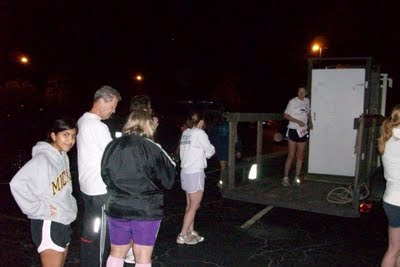 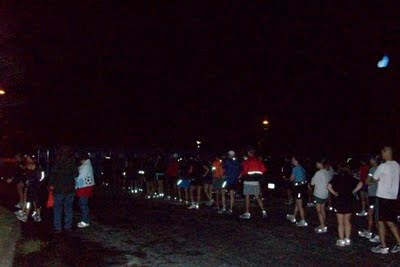 Line for the wretched masses at public porta-cans
As we are in the midst of the HARRA Fall Race Series, let us give thanks for one of the major perks of BCRR membership: the impeccably maintained, incredibly clean, sweet smelling (at least initially) private BCRR Porta-Potties. In addition to the short lines, these potties are fully equipped with oodles of toilet paper, scented candles and a mirror! You'll never get caught when the gun goes off with your pants down and no TP in a dark, funky porta-can if you're with BCRR! We owe a huge debt of gratitude to John Phillips for building them, schelping them to every HARRA Race, and taking them and their contents back afterwards. Thank you John!

BCRR membership has it's privledges!!