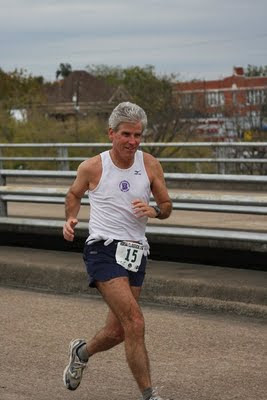 Roberta MacInnis has written a very poignant obituary for our beloved friend Mark Fraser for the Houston Chronicle.
read it here
Posted by Kathi Mahon at 12:50 AM 1 comment: 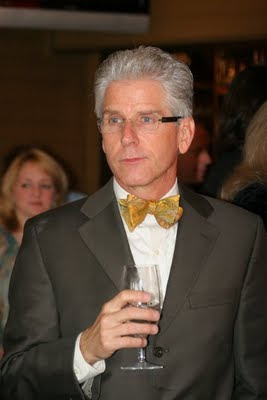 A memorial service for Mark Fraser will be held at 6:30 pm on Monday, August 1, at First Presbyterian Church, 5300 Main, Houston 77004. Reception to follow.
Mark Frederick Fraser, 54, passed away Tuesday, July 26, 2011, in Houston. Dearly loved by many, Mark was always the one to show up when his friends and family needed help, and he always wanted to make us laugh. Mark was born in East Liverpool, OH, on September 2, 1956, to Fred and Margaret Ellen (Marge) Betz Fraser. He grew up in Wellsville and Calcutta, OH, where he played football and basketball and ran track. He attended the University of Houston and worked for Butcher Company and Swatzell Sales.
Mark was passionate about many things. An avid reader, he spoke with conviction and was a great storyteller. He conceived, wrote, produced, and directed the acclaimed Enron, the Musical, for which he appeared on national television. He was known to say, "I think of something impossible and crazy to do, and Janet helps me do it."
He was there when needed, lending his presence, expertise, humor, and tools to many a DIY project and to the many activities to which he gave his boundless energy. High among his passions was running, and he was an inspiration to others. He was Runner of the Year for three consecutive years in Bayou City Road Runners (BCRR), active in HARRA, the Houston Area Roadrunner Association, and wrote the monthly column, "Running Debate" for Texas Runner. Some of his proudest accomplishments were completing two grueling 100-mile races, the Leadville Trail 100 and the Arkansas Traveler.
Mark is survived by his longtime girlfriend Janet Schneider Sutton, daughter Traci Nicole Fraser, and father Fred Fraser, all of Houston, sons Michael Ferrill Reis and Timothy Robert Fraser of Minneapolis, MN, sister Karen Ann Sullivan and niece Joy of Scottsdale, AZ, 3 grandchildren, and many devoted friends. He was preceded in death by his mother Marge Fraser.
In lieu of flowers, you may make donations to Memorial Park Conservancy, Mark Fraser Fund, PO Box 131024, Houston 77219, 713.863.8403.
"My proudest running accomplishment is: Any day when I have a planned early run, and: it is very hot and humid, I did not get enough sleep, it is raining, or I am sore and tired. Then, I get up anyway, lace up my shoes and run. Any day that happens (which is a lot), I feel proud."
Mark was dearly loved and will be greatly missed.
Posted by Kathi Mahon at 2:45 PM No comments: 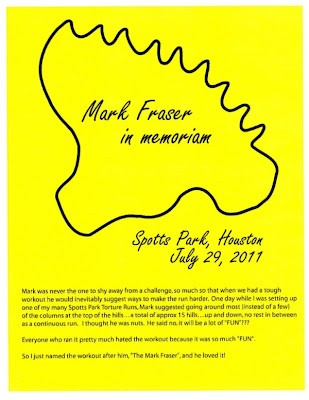 As many of you know, Mark Fraser did not shrink from rigorous training. (The guy did 100 mile races including the Leadville Trail 100 after all.) The only thing he liked better was making others suffer with him. He was a "regular" at "Will's Hills", an early morning training program run by Will Henderson. He designed a particularly heinous hill-laden workout so distinctive that it was named after him.

This morning, bright and early at Spott's Park, "The Mark Fraser Workout" was run by Will's Hills in honor of its namesake. A huge number of runners from BCRR and the Houston running community participated to pay homage to Mark. (I'm sure his memory is lingering all afternoon in the form of burning thighs and twitching calves ;-)

I'm sure Mark is smiling about this!
Posted by Kathi Mahon at 1:41 PM No comments: 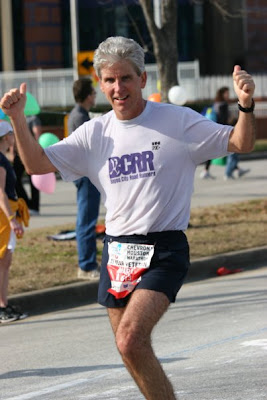 From Ron Morgan, President of HARRA:
"As most of you know by now, our dear friend, fellow runner and board member, Mark Fraser passed away earlier this week. He would normally be the one to send this Enews as he has been doing for the past two years. Mark will be sorely missed by HARRA, the running community, but most of all by his girlfriend Janet Sutton, his daughter Traci and his Dad. Just this past Spring Mark's mom passed away, so this year has been especially hard on the Frasers.

Mark was oh so proud of his daughter Traci. She was a track and cross country star in High School, played soccer and is now about to enter her 4th year of medical school. What Dad wouldn't be proud of that? She’s also a charming young lady.

I originally appointed Mark to the board about 2 years ago. He had been a vital part of planning and organizing the Party in the Park, and other HARRA events, and I decided he would be a great help on the Board. After serving almost a year and organizing the Party in the Park and the party after the Bayou Bash Relay, we had an opening for Vice President of Communications. Mark was already writing a monthly column (award winning) for Texas Runner & Triathlete (then Inside Texas Running) and I thought writing would be a perfect fit for him. VP Communications also organizes and edits HARRA's section of the magazine. As VP of Communications we started sending out regular Enews bulletins keeping members informed. I think most members welcomed this form of instant communication and Mark took it over and put his own stamp on it.

As he took on the communications responsibilities he worked with Lisa Fletcher to turn over the party job. He still played a large role in getting the parties together. Mark was someone I could always count on when I needed to get something done. When it came time to send 2 of us to the RRCA Convention, Mark asked to go. I thought he would soak up the ideas they present and bring something back for HARRA. This past May we went to Fredericksburg, Virginia and attended the convention.

After the fall of Enron, Mark became fascinated with the whole story. He read everything he could get his hands on and wrote a musical about the fall. He produced it, and directed it and although it didn't quite make it to Broadway it did have 2 successful showings at a theater in the Heights and made the national news.

Mark also taught me how to set my side view mirrors so there wouldn't be a blind spot. He entertained us on our runs, and at our parties. On this Sunday past he ran 12 miles in the morning with his usual group.

I'm sure I've left something out, and if you have a Mark Fraser story you would like to share, please send it to me."