Another sad casualty of Hurricane Ike: Maribelle's, the historic and colorful bar in Seabrook and site of the annual BCRR favorite "Maribelle's by the Bay 5K". Aerial photos indicate that the building is no longer standing. All that can be seen is the concrete foundation and the vestiges of the decks in the back. Maribelle's was one of the oldest bars in the area and was allegedly frequented by astronauts and other NASA employees in the early days of the Space Program. 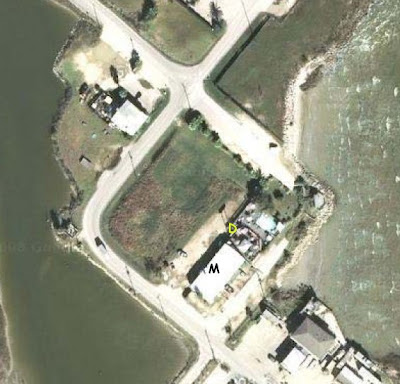 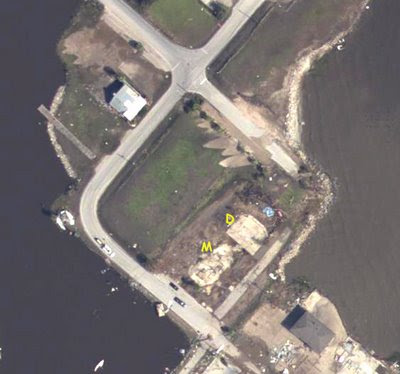 Shown here are aerial photos taken before and after the storm (M: Maribelle's; D: Deck) 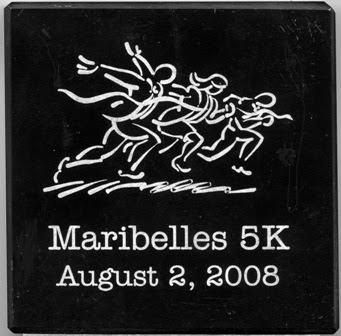 Will this year's Maribelle's 5K be the last?