The following members are candidates in the Member at Large Category. Voting will take place at the BCRR Annual Awards Banquet Wednesday, May 29th at St. Arnold's Brewery. Details see Here. (Read statements from board members seeking reelection here) 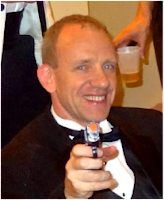 I am Andrew Kenworthy. I was born and grew up in Scotland and first came to the US in 2001. I lived in New Orleans where I was a very active member of the running and Triathlon community. I moved to Houston in July 2010 and joined BCRR in fall after running with a primarily New Orleans based team competing in “ the Reach to the Beach relay” with 2 great BCRR runners Alonso Vargas and Simon Brabo.

Alonso and Simon shamelessly sold BCRR as the best running club in Houston to my wife Tina Reynolds and myself on the trip. Simon and Alonso you were right!

Having run regularly with BCRR on both Wednesdays and Sundays over the last nearly 3 years I have got to know a great and fun group of runners and I have gained a tremendous amount from their selfless hard work that continues to make BCRR the great club that it is. Having benefited from others effort. I believe it is time I stand up and do my part for the club.

Although it is a few years since I volunteered I do have some past experience helping run running/drinking organizations. I am a past Beijing hasher-master and was very active member of the Aberdeen hash.

The primary reason I joined BCRR was I feel it is a great balance between a group of people who love to run, but also like to have fun as well. I hope to be able serve the club in the coming year and help continue this tradition.

I am a chemist with the Dow Chemical Company. I grew up in Minneapolis and I most recently lived in Champaign, Illinois. I am 29 years old and I have been running for about 15 years now. I have been a member of BCRR since 2012, when I moved to Houston. For me, BCRR has been a phenomenal group of people for both running and socializing and it has done a lot to smooth my transition to a new city. I would like to serve on the board be cause I want to give back to the club and to help it become an even better organization than it already is.

Heidi Zimmerman started distance running when she turned 12 and never slowed down. Aside from training and competing, she loves reading and baking. She has taught 3rd and 4th grade for the last six years and is hoping to find a school counseling job for the fall. Heidi joined BCRR when she first moved to Houston three years ago. She was looking for a group to help her fit in her long runs, but the friendship she has made within the club make being a member extra special. After her apartment caught on fire in 2011, people from the club rallied together to help her pack and move. With graduate school almost behind her, she is ready to pay it forward as an at large member for the club. 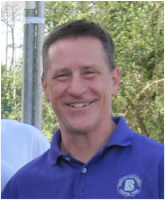 I have been a BCRR member since returning to Houston from Dallas in December 2004. How time flies. I have always enjoyed running, socializing and associating myself with good people. I have found all three at BCRR.

Running is our common bond. It is probably the thing that brought most of us to the club. But it is the friendship among members that keeps us part of the group. BCRR has been a successful organization for over 25 years. We are all part of that in one way or another. I count myself as a small link in a large chain and will continue to be a link in whatever roll I have with the club.

Quick tidbits about me:
· Native Texan
· Texas Aggie
· CPA
· Serious but not that serious of a runner
Don’t claim to be an expert at anything but I do know a little about a lot.

Biography/statement not received in time for this posting.